The Star-Herald’s Year In Business, Part 1 – The County 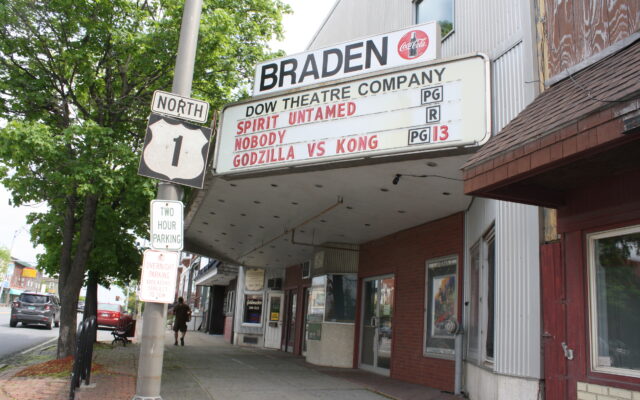 Presque Isle’s Braden Theater once again listed “now playing” movies on its marquee, opening in June for the first time since the pandemic shuttered it and many other public spaces. (Melissa Lizotte | The Star-Herald)

Presque Isle’s Braden Theater once again listed “now playing” movies on its marquee, opening in June for the first time since the pandemic shuttered it and many other public spaces. (Melissa Lizotte | The Star-Herald)

The following is the first of two articles highlighting some of the top business stories from 2021. This article highlights events from January to June. The second installment will be published Jan. 5.

Local business news in the first half of 2021 reflected the ongoing pandemic, not only in continued distancing and border restrictions, but in community members and organizations sharing their talents to help others. Several new businesses started, people retired and service clubs held fundraisers. Following are just a few highlights of the past year. 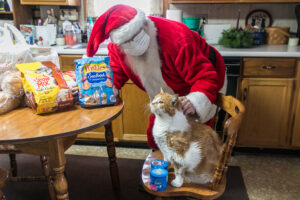 Volunteers at Caribou’s Halfway Home Pet Rescue Free Pet Food Pantry distributed $2,567 worth of food purchased from a Caribou grocery store thanks to grant funding that not only helped animals, but gave the pet rescue a new mission. Through collaboration with the Aroostook Agency on Aging, the pantry distributes pet food to sites in the Caribou and Presque Isle region, as well as in the St. John Valley and Houlton areas. 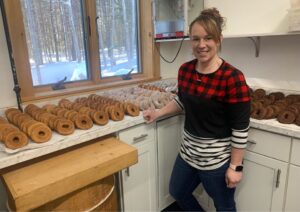 With help from a Rotary Foundation Grant, Rotary District 7810 (which includes clubs in Aroostook and Washington counties) donated $12,000 to Catholic Charities of Maine to purchase food for food banks in both Aroostook and Washington counties because of the increased need due to COVID-19. The Presque Isle Rotary Club was among groups participating.

A popular doughnut business founded in the St. John Valley more than half a century ago was the topic of a St. John Valley Senior College class. The group explored the history of Plourde Donuts, which Christy Plourde of Fort Kent founded in 1965. Plourde’s granddaughter, Jessica Libby, 38, of Mapleton, took over the family business, now named Lil J’s Donuts. 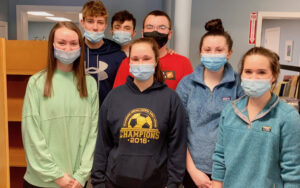 The Young Professionals Institute at the University of Maine at Presque Isle was affected when the pandemic shuttered businesses and altered gatherings, so devised a new online format. After several months of brainstorming and discovering new ways to create an engaging interactive online experience, the institute’s first virtual eight-week institute opened nominations.

A group of Washburn teens helped give shape to a new area in the Washburn Memorial Library. Thanks to a $10,000 grant from the King Foundation, titled “Time for Tots,” the funds enabled the library to add to its children’s picture book collection. Several teens worked to organize the young readers’ space, placing books on shelves built by a local company.

Aroostook County members of the Maine FFA Association pitched in to help alleviate homelessness and food insecurity in their communities. Under a State Day of Service grant from the National FFA Organization, with a $2,000 community grant from Walmart of Presque Isle and in-kind donations from some local retailers, FFA student members and advisers organized, picked up and delivered support to local agencies, including the Presque Isle homeless shelter and area food cupboards. 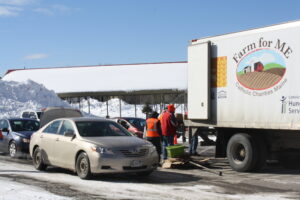 Homeless Services of Aroostook, based in Presque Isle, announced the addition of Lisa McLaughlin as general manager.

Maine potato farmers celebrated the Mexican Supreme Court’s vote to overturn a 2017 lower court decision banning U.S. fresh potato sales in most of Mexico. While it was unlikely potatoes grown in Aroostook County would make it to Mexico, it was good news for Maine’s growers because western farmers who were marketing on the East Coast were expected to move their crops south.

It was a new day for local weed imbibers over 21, who could just show a government-issued ID, like a driver’s license, to legally purchase up to 2.5 ounces per day of cannabis flowers at the just opened Full Bloom Cannabis on Main Street.

Shortages of parts and drivers challenged the transportation industry, as trucks that shuttle goods to and from grocery stores, pharmacies and factories across Maine were sitting in garages, waiting for new parts. Truckers became frontline workers during the pandemic — keeping food and medicine on store shelves — but supply chain delays and shortages left many in the industry stuck.

After being closed for over a year due to the COVID-19 pandemic, the Braden Theater reopened on Friday, June 4. Those on Presque Isle’s Main Street saw the theater’s marquee once again listing movies.

The Central Aroostook Chamber of Commerce named Glass with Class the winner of its friendly competition, the CACC Sign Wars. The store, owned by Lisa Wark, won with its witty sign offerings.

The Aroostook County Action Program recognized Sue Powers, director of programs and one of the most well-respected leaders in early care and education in Maine, and the late Valerie DeLong, a beloved cook who provided nourishing meals to over a hundred County preschool-aged children daily and lost her battle with cancer. Both were honored for  their numerous contributions at a June 4 ceremony.

Thank you for reading your 4 free articles this month. To continue reading, and support local, rural journalism, please subscribe.