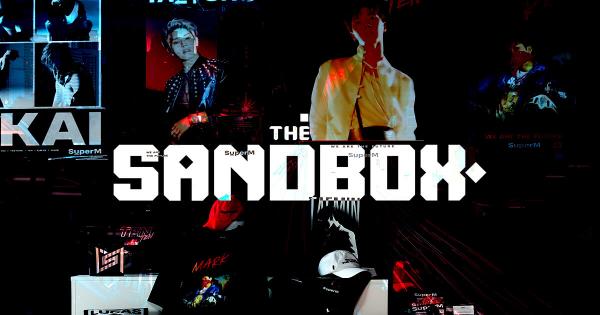 The Sandbox has announced a partnership with Cube Entertainment to expand business in the metaverse with the creation of a K-Culture complex in The Sandbox metaverse owned by Cube.

The Sandbox and Cube entertainment will hold events to “introduce K-Culture in the Metaverse.” K-Culture will include K-Pop. A K-Culture complex in Cube Entertainment-owned LAND will allow users to virtually experience K-Culture from across the world. This partnership focuses on the detailed collaboration for business expansion regarding metaverse and NFT, which began with the establishment of ‘Anicube’, a new joint venture between Animoca Brands which is the parent company of The Sandbox and Cube Entertainment.

The Sandbox Parent Animoca Brands is planning to promote not only K-POP but the entire K-Culture to continue business alliances in metaverse included in the Animoca Brands ecosystem through their new joint venture, named AniCube Entertainment.

The joint partnership looks to leverage off the global success of K-Pop bands, including BTS and BlackPink. Animoca Brands placed K-Pop as the driving force behind the likely success of the partnership with Cube Entertainment.

K-pop entering the metaverse with a gigantic following

K-pop has become globally recognized with South Koreans going all-in on pop culture. As well as the catchy tunes that you expect to find with any pop song, K-pop brings production perfection and sharable dancing to digital screens across the world. The sing-a-long melodies and carefully executed performances have put K-pop center stage in the music world. All male groups such as BTS have such a massive following that they are now entering the Guinness World Records with followers on popular platforms reaching above 60 million.

The Sandbox and Cube Entertainment will bring various companies and hold events to introduce Korean culture in the metaverse with businesses entitled not only to K-POP but K-Culture as well. K-Culture complex cultural space will be created in the LAND owned by Cube Entertainment as a first step. Users from all over the world can experience Korean culture easily in this blockchain-based virtual space.

The Sandbox will provide the technical support for spatial projection and implementation while Cube Entertainment will prepare K-Culture content through multiple partnerships with Korean companies.

Featuring a summary of the most important daily stories in the world of crypto, DeFi, NFTs and more.

Get an Edge on the Crypto Market ?