“The Batman” Brings The Caped Crusader Back To His Roots. – Shield 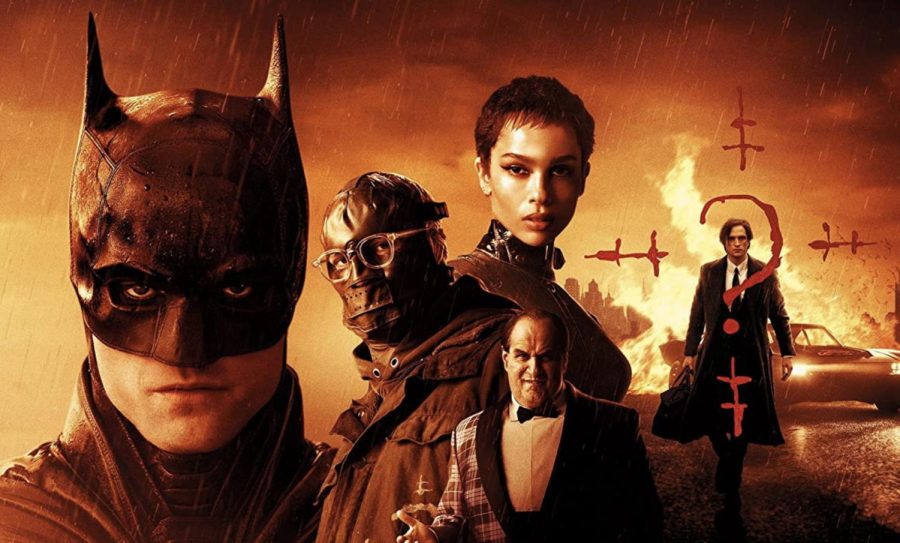 After so many film adaptations of the iconic comic hero, “The Batman” finally provides a refreshing take on the character.

“The Batman” is the third film interpretation of Batman we have gotten in the past ten years.  Cherished franchises are rushing to satisfy the trend of reboots, remakes, reimaginings and of course, superhero films. The question we are all asking ourselves is do we even need a new version of Batman this soon after the last?

This is not the Batman reboot we needed, but it’s the Batman film we deserve.

During his second year of fighting crime as the masked vigilante Batman, Bruce Wayne (Robert Pattinson) has to track down a serial killer called “The Riddler’. The stakes become more dire as the corruption of Gotham city rises to the surface as Batman uncovers more clues with the help of Catwoman (Zoë Kravitz) and Commissioner Gordon (Jeffrey Wright). It culminates into an extremely effective standalone story of this hero and the city he watches over.

Pattinson’s portrayal is akin to an angsty teenager that doesn’t know how to communicate his emotions. This is perfect for Batman. He is playing a less experienced version of the character that is more inclined to fight crime as an outlet for his anger rather than justice.

As for the rest of the cast, Wright and Kravitz hold their own and give fresh takes on characters that have also been portrayed at least three other times each. Colin Ferrel also gives a perfect performance as the over-the-top gangster villain, “Penguin,” that feels right at home in this grunge version of Gotham City.

This franchise is known for its moody atmosphere, but this newest film dials up that feeling to the max. The cool lighting choices enhance the stylistic aesthetic more than almost every other Batman film. The use of shadows in particular kept the audience and characters in the film unsure if Batman was lurking just out of sight.

For many of the best Batman films, stylistic and narrative choices have greatly overshadowed action scenes. They’ve always been a means to an end previously, but “The Batman” can fully communicate the raw and intense action needed for a character that doesn’t have superpowers. There is clearly a lot of influence from modern-day action cinema, like the “John Wick” films. The punches are tactile and you can see all the movements clearly without the use of distracting cutaway shots.

With a three-hour runtime, “The Batman” seems a bit overwhelming at first. However, once you are immersed in Reeves’ new take on Gotham, it starts to feel less like a long superhero flick and more like an extremely satisfying comic miniseries. Only introducing around ten locations or so within the city, the story is tightly controlled. Scenes find their own climaxes that then flow into the next plot point.

What defines this adaptation is not its “realism” or “gritty” nature. The element setting “The Batman” apart is all the detective work. Our hero is first and foremost solving a mystery. The action and heightened reality make the icing on this moody cake. The Riddler in the role of the main villain sets a tone that is reminiscent of iconic crime thrillers like “Se7en” and “Zodiac.”

This character started as a weirdo detective who fights crime (DC stands for “Detective Comics” after all). Bringing back that essential part of this classic character is a great way of moving him forward. Instead of an impenetrable superhero with almost magical gadgets that can do practically anything, “The Batman” shows us a self-destructive loner who is really good at riddles and solving clues. He gets hurt, bites off more than he can chew and fails time and time again, but he doesn’t stop until he can bring hope to those who can’t find it.

Every good Batman story tries to touch on what makes Bruce Wayne function. This film makes an effort to explore his relationship with his city, the death of his parents and what justice means to him. Most Batman films will usually focus more heavily on the villains than Bruce’s psyche, so it’s refreshing that this film actively confronts this part of his character.

“The Batman” is an intense and action-packed character study that receives a well-earned nine out of ten.

It’s hard to say whether “The Batman” is the best film with this beloved character. It includes a lot of the best aspects from some of the other adaptations while distinguishing itself as its own film. Batman can take many forms and styles. Depending on your taste, any Batman could be the best because each one has a different flavor of greatness.

Regardless of where this might rank among the other cinematic explorations of the caped crusader, “The Batman” stands tall as a return to the very spirit of the original comics created nearly one hundred years ago.