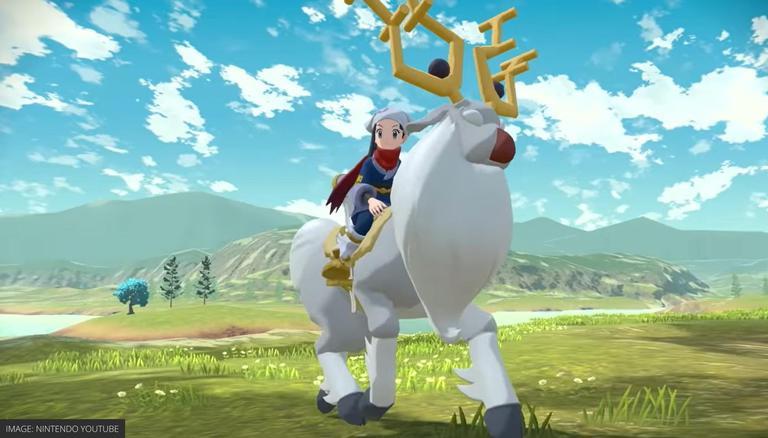 It has only been a few weeks since the launch of Pokemon Brilliant Diamond and Shining Pearl, leaked footage of a new Pokemon video game has surfaced on the internet. The name of the upcoming Pokemon Game is Pokemon Legends: Arceus and it is about to be launched on January 28, 2021, for Nintendo Switch. Pokemon has not revealed any footage or initial look at the design of the game, which is a part of the leaked video.

The leaked Pokemon Legends: Arceus footage comes from Nintendo’s Japanese YouTube channel show called Cat Mario. The footage reveals a lot about the design and looks of the upcoming Pokemon game. It contains shots of detailed landscapes, a few Pokemons, in-game characters, arenas and more. The footage also contains a part where a player is catching a Pokemon out in the wild, revealing more about gameplay details.

Additionally, the footage also contains several scenes where the player is in a fight with a Pokemon in the wild. As seen in the footage, some Pokemons attack the player when encountered in the wild. In such situations, the player is supposed to save themselves until they get a better shot at throwing a Pokeball and catching the Pokemon. The footage seems to be recorded while playing the game, and it also contains some controls, like the number of Pokeballs on the bottom right corner of the screen and some other controls on the bottom left corner. Those interested can watch from the sixth minute of the video attached in this post.

When does Pokemon Legends: Arceus come out?

As mentioned earlier, the Pokemon Legends: Arceus release date is January 28, 2021. It is developed by Game Freak, like other popular Pokemon titles. Pokemon Legends: Arceus is one of the most anticipated Pokemon games as it handles all the Pokemon tantrums in a three dimensional (in the game), detailed digital environment. The game will have a lot of new features that have been discussed earlier, including Pokemons attacking players, players indulging in a fight with Pokemons to catch them and more. Stay tuned for more updates about Nintendo, Pokemon and other gaming news.