Lawmakers look to revamp the way Oklahomans get driver’s licenses, car tags and other state documents 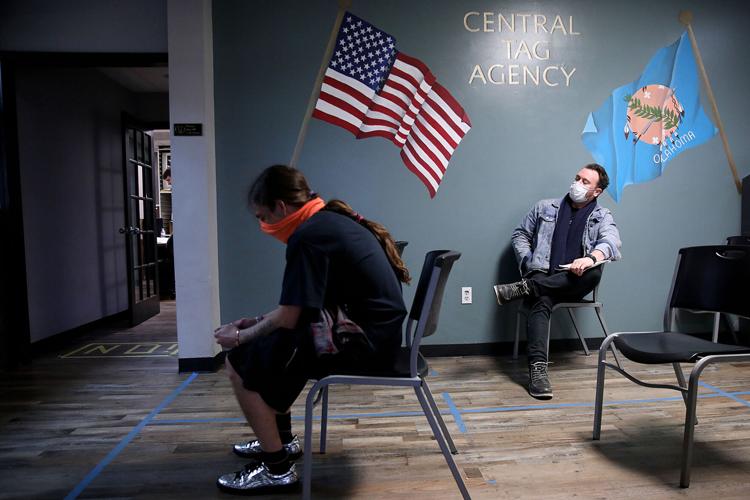 Marcus Beasley (left) and Dustin Howard wait for their names to be called at the Central Tag Agency Thursday, Feb. 4, 2021 in Tulsa, Okla. 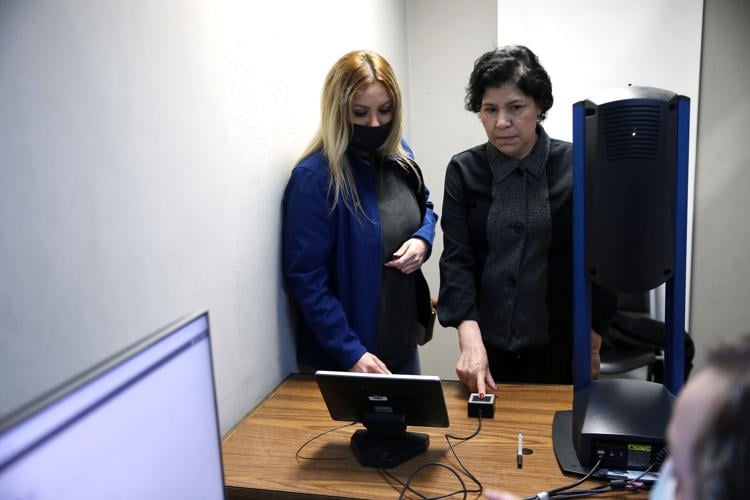 Celeste Lima(left) watches as her mother Vilma Lima has her fingerprint read at the Central Tag Agency Thursday, Feb. 4, 2021 in Tulsa, Okla.

A year from now, if all goes to plan, Oklahomans will no longer go to a tag agent or the Department of Public Service for a driver’s license or a car tag.

To be clear, tag agents are not going away, and neither are the state’s approximately 250 tag agencies. They are not being taken over by the state and — unique to Oklahoma — will continue as private businesses.

But they will be subject to more state oversight and more state support, lawmakers say, and eventually will provide more than car tags and registrations and driver’s licenses. The goal is to create a network of locations able to provide all sorts of official documents, perhaps including death and birth certificates, all under the banner of Service Oklahoma, a new state government entity created by legislation now advancing in the Oklahoma House and Senate.

“We have a lot of services that could be offered besides driver’s license and title and tags,” said state Rep. Dell Kerbs, R-Shawnee, and author of House Bill 3419, one of the two reorganization bills. “We need one location for that, not five, six, seven different agencies.”

HB 3419 and Senate Bill 1605, by Sen. Chuck Hall, R-Perry, are basically the same bill on more or less parallel tracks, although only one of them will carry the final version of the Service Oklahoma legislation to the governor’s office.

The plan is to move the functions of the Oklahoma Tax Commission and the Department of Public Services that currently handle vehicle licensing and driver’s licenses to a single division within the Office of Management and Enterprise Services. The reorganization involves more than 300 state employees, all of whom will be offered positions within Service Oklahoma.

As mentioned, tag agents will remain independent contractors, although their formal title will change from motor vehicle agent to licensed operator.

Initially, at least, licensed operators will do about the same things they do now.

The situation will be much the same with driving tests. Those will be given from the existing locations, except as a part of Service Oklahoma instead of DPS.

Provided the legislation is passed and signed into law this session, the current DPS functions will move to Service Oklahoma on Nov. 1 and the Tax Commission piece on Jan. 1, 2023.

Kerbs said the goal is to create a single back-office operation for the licensed operators that is more efficient for all concerned.

“There’s more structure for the tag agents — the licensed operators — and more support on the back side,” he said.

The reorganization includes an oversight board and an operators advisory board, both of which would be involved in setting service standards.

The proposed arrangement is, to some extent, a response to an effort a few years ago to reduce the number of tag agents or eliminate them altogether in favor of on-line services and state employees.

“A study was done, and it showed that our tag agents were 85% more efficient delivering services than the state was,” Kerbs said. “They’re not going anywhere. … It really is a good public-private partnership. We can run the back-of-house, but we want them to be our front-line staff.”

Photos: Jim Inhofe announces retirement. A look back at his career

Get local news delivered to your inbox!