Japan Is Opening A Video Gaming/e-Sports High School, And The Idea Isn’t As Crazy As It Sounds – SoraNews24 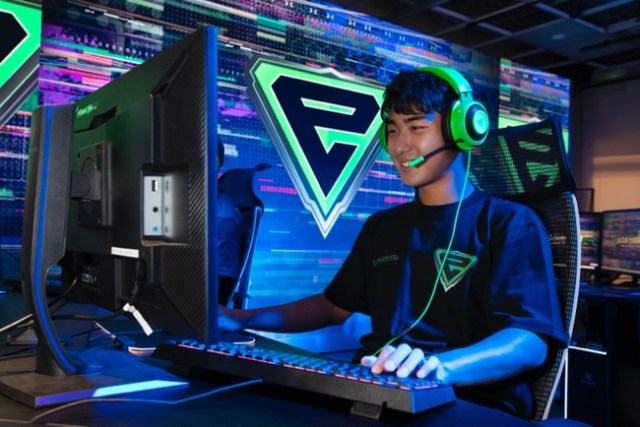 Starting next spring, going to school is going to mean going to Shibuya to play games for some Tokyo teens.

The Japanese school year starts in April, after a relatively short spring break. In 2022, though, a larger-than-usual number of kids in Japan will probably be happy to get back to class, thanks to the opening of Japan’s first gaming high school.

Yes, though it may sound like the setup to an anime series made to promote a mobile game, there really is a facility being built in Tokyo where teens will gather to hone their gaming skills as part of the curriculum. It’s not in some far-flung corner of the city, either, but right in the middle of downtown’s Shibuya district, just a short walk from the station (and, conveniently, the Nintendo specialty shop).

eSports High School, as its straightforwardly called, operates with support from NTTe-Sports, the competitive gaming division of telecommunications company NTT, and Japanese pro soccer team Tokyo Verdy’ e-sports offshoot (which plays games outside the sports genre as well), with members of Verde involved in student instruction.

▼ Will this lead to parents saying “No TV until you’ve finished your no-scope headshots?”

The facility also includes a “care training space,” where students will learn about how to properly take care of their physical and mental health, both aspects of pro gaming that newcomers often underestimate the importance and difficulty of.

If the idea of a gaming high school seems absolutely baffling, it might make a little more sense if you keep in mind that in Japan, high school is not part of the compulsory education system, and high schools with a trade school-like element to their curriculum aren’t uncommon. eSports High School itself isn’t pedaling the dream that its graduates will all go on to live cushy lives off of their e-sports tournament winnings either, stating “Pro gaming, as an occupation, is very difficult, and so our goal is to provide students with skills that can be used not just in competitive gaming, but in a variety of ways.”

Essentially, eSports High School is positioning itself as a trade school for the growing and diversifying gaming media sphere. In its chart of possible lines of work for graduates, competitive pro gamer is just one of the many possibilities, along with streamer, game developer, virtual YouTuber, game journalist, programmer, e-sports commentator, and 3-D CG designer.

▼ That’s eSports High School (eスポーツ高等学院) at the far left as the starting point, with pro gamer (プロゲーマー) above it and a whole slew of other possible goals.

Since some of those jobs are likely to require post-high school education, eSports High School promises to also provide solid general education fundamentals for students hoping to go on to university, as well as individualized counseling sessions to help map out their futures. While the Shibuya e Stadium facility will be used for hands-on lessons and practice sessions, other courses can be done in an online correspondence format, so it’s not all gaming, all the time for pupils.

Classes at eSports High School start in April of 2022, with e Stadium orientation sessions for interested applicants available from January 23.