More than 2,400 flights were canceled across the nation on New Year’s Day due to the pandemic and a winter storm up north.

Hundreds of passengers were left stranded at Tampa International Airport as a result of 60 canceled flights in and out of the Northeast and Midwest.

Nicole Angotti was trying to catch a flight home to Chicago with her family.

“They just canceled our flight,” Nicole said. “Big snowstorm back home, so we’re just kinda trying to figure out our options and how and when we will get back home.”

A lot of red on that board. More than 2,400 cancelled flights across the country.

Here at @FlyTPA most of the cancellations are to and from Chicago due to the winter storm.

Some passengers are kinda happy to not have to deal with the snow.

Hear about it on @BN9 tonight. pic.twitter.com/wf25EZkZA0

That’s the biggest question for her and her family right now, but they’re figuring that out with a smile on their faces.

They told Spectrum Bay News 9’s Katya Guillaume they can’t really be mad about it.

“Unfortunately not,” Nicole’s husband Dan said. “One of those things — what are you gonna do about it?”

Luckily for them, they can head back to their family while they figure out when they can book their next flight. But that’s not the case for the Steffl family, stuck in Tampa on their way to the Cayman Islands.

“We booked this trip a long time ago and the island was supposed to reopen at a certain date, and they postponed that,” Bob Steffl said. “And now Delta Airlines is not flying in Cayman until March.”

Because of the pandemic, flights to the island have been limited or simply canceled. 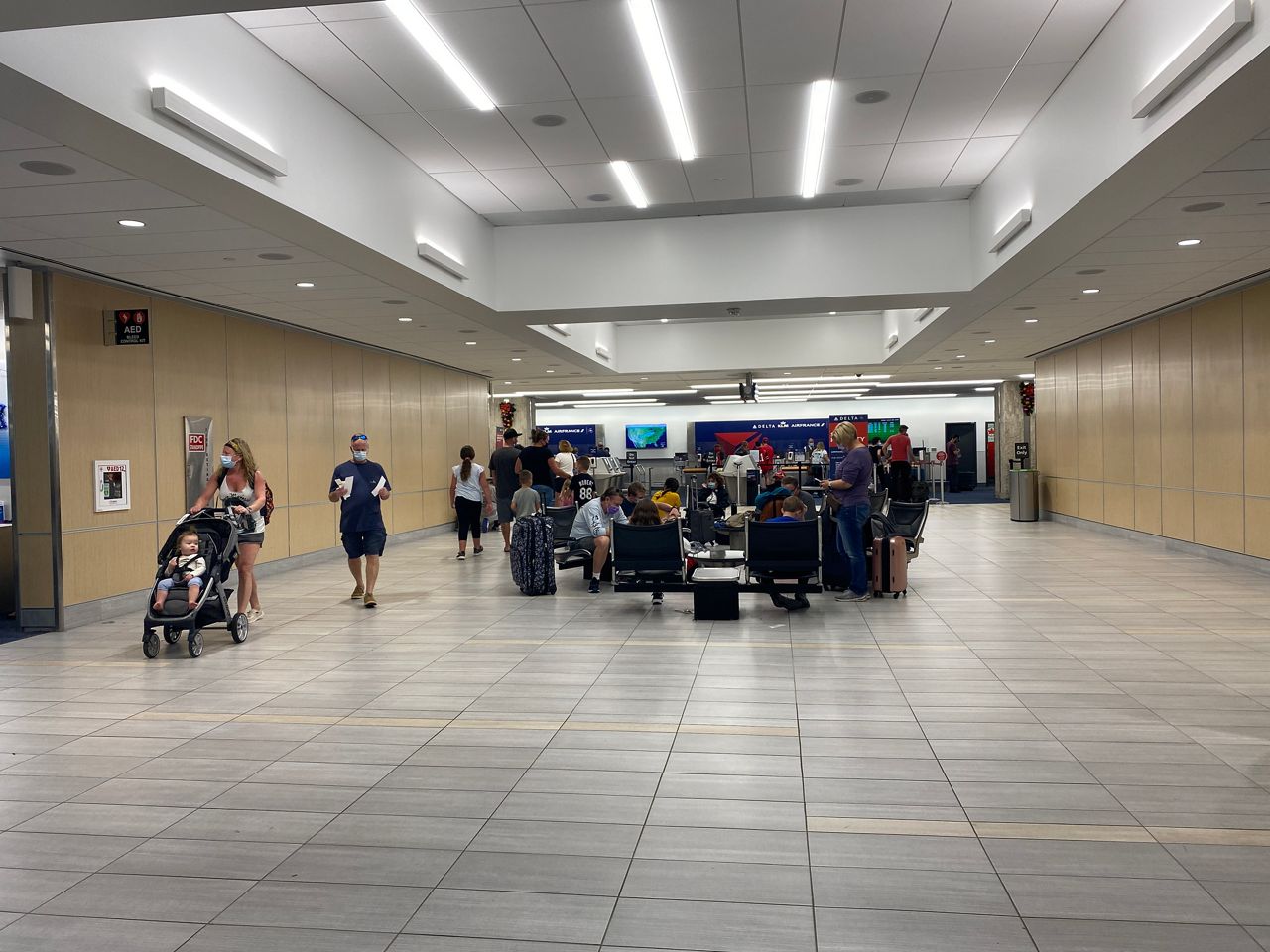 The Steffls said they had their flights booked, but haven’t heard much from their airline. Now, they’re having to find a different airline to try and salvage their vacation.

“We found out that Delta had a partnership with Cayman Airways and we figured out a way to get there today,” Bob said. “However, the two airlines didn’t communicate with each other.”

The family flew from Minnesota into Tampa for a connecting flight.

Now, they say they’re stuck until they can figure out their next move.

“It’s just frustrating when they don’t tell you anything and then you get here, and then they’re like, ‘Oh you’re not getting on a flight,'” said Jenna, who is the Steffls’ eldest child. “There should’ve been some notice I feel like.”

That seemed to be the consensus with a lot of people Saturday at the airport — lack of information.

“A Delta representative is looking into what they can do now,” Bob’s wife Krista said. “We’re actually waiting to hear back from them, so…”

Yet another family playing the waiting game at Tampa International to start the new year — and hopefully not too long.

More than 70,000 passengers traveled through Tampa International on New Year’s Day, one of the busiest travel weekends to start the new year.