The government is working on classification of cryptocurrency as goods or services under the GST law, so that tax can be levied on the entire value of transactions.

Currently, 18 per cent Goods and Services Tax (GST) is levied only on service provided by crypto exchanges and is categorised as financial services.

GST officers are of the view that cryptos, by nature, are similar to lottery, casinos, betting, gambling, horse racing, which have 28 per cent of GST on the entire value. Besides, GST at 3 per cent is levied on the entire transaction value in case of gold. 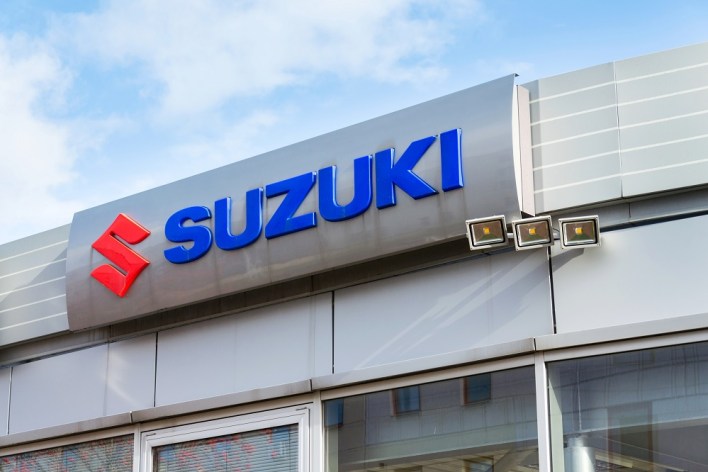 Speaking on the reasons for gold price dip; Sugandha Sachdeva, Vice President — Commodity & Currency Research at Religare Broking Ltd said, “Gold prices have erased much of the recent gains as the easing of the Russia-Ukraine crisis has dimmed the precious metal’s safe-haven appeal and led to the recent corrective wave in prices. Besides, the Fed has raised interest rates by 25 bps for the first time in three years bringing an end to its pandemic-era easy money policy. 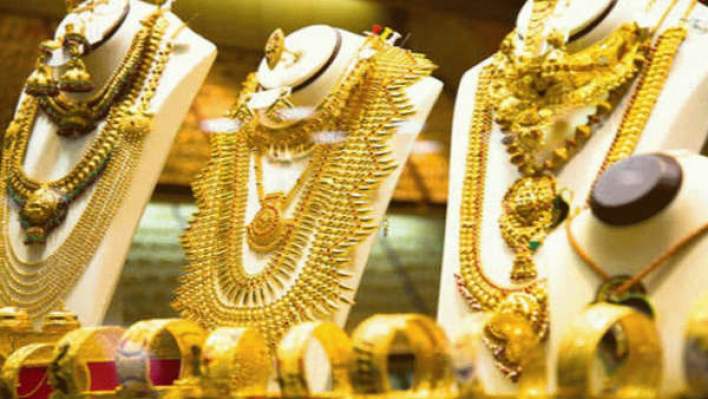 Fed’s aggressive plan to ramp interest rates during the course of 2022 to tamp down inflationary pressures is acting as a key headwind for prices. Higher interest rates are negative for gold as they tend to increase the opportunity cost of holding non-interest bearing gold.”

Sri Lanka postpones school exams as the country ran out of paper and has no foreign exchange to import:Business news

Schools in the western province of Sri Lanka have been forced to postpone the exams of their students because the country is running out of printing papers and due to a shortage of dollars it has become impossible to finance the imports. The information was provided by officials on 19th March 2022. Presently, Sri Lanka is going through its worst economic crisis since independence in 1948. 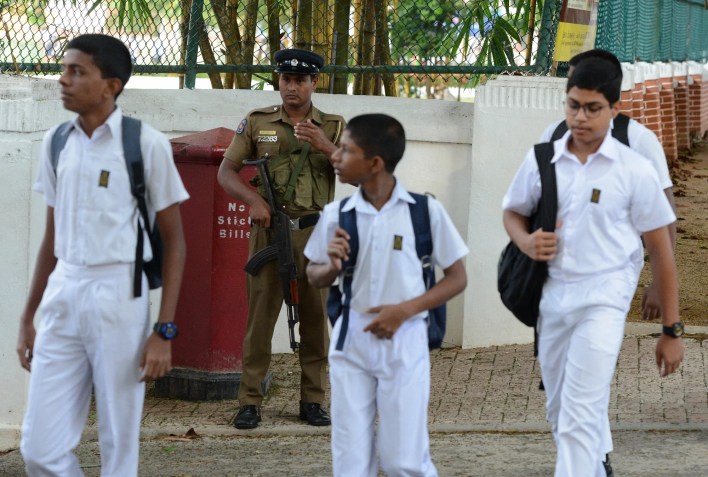 According to a report by The Sinhala News, final term tests for grades 9, 10, and 11 in Western province schools are postponed until after the April holidays as they have run out of papers needed for the exams. The tests were scheduled to start on 28th March 2022. The tests for grades 6, 7, and 8 will be held at the school level.

The development came to light only after Sri Lankan newspapers reported on the deal, quoting officials in Colombo. The agreement for two-large scale renewable energy projects, with an estimated investment of $ 500 million, had been inked the same day the National Thermal Power Corporation (NTPC) of India formalised an agreement with Ceylon Electricity Board (CEB), to jointly set up a solar power plant in Sampur, in Sri Lanka’s eastern Trincomalee district. However, the agreement involving the Adani Group was not made public by either side. 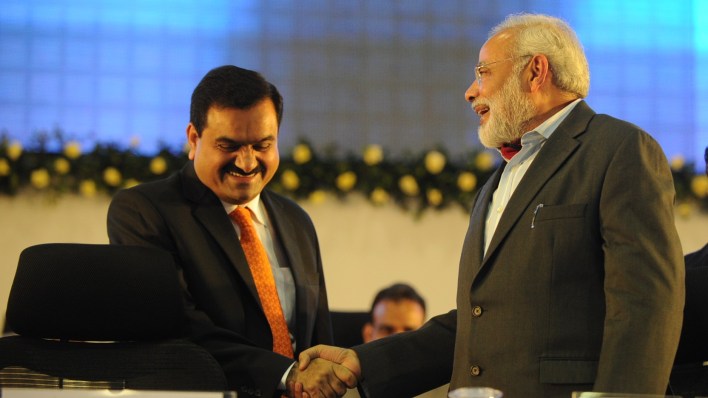 PM Modi may have given us crucial financial assistance during our current economic crisis, but that doesn’t mean our renewable energy sector’s most valuable lands and resources can be stolen for his friend Adani…The [Rajapaksa] government has many decent ways to thank PM Modi rather than pampering his notorious friends,” Mr. Perera said, adding that a global player like Adani would be “most welcome” through proper channels. 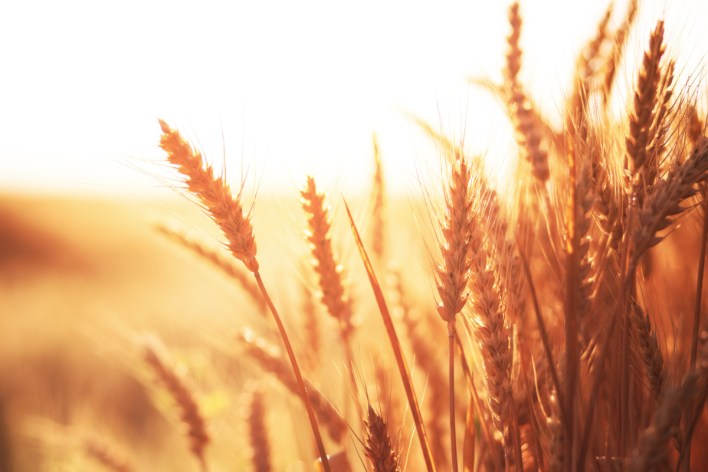 Though India is not among the top 10 wheat exporters in the global trade, its rate of growth in exports has surpassed that of the other countries, indicating the rapid strides it is taking in reaching new markets worldwide, the Centre claimed and added, “India is in final talks to start wheat export to Egypt, while discussions are going on with countries like Turkey, China, Bosnia, Sudan, Nigeria, Iran, etc to start wheat export.”

Diesel price in India has been increased by about Rs 25 per litre for bulk customers, as the international oil prices jumps nearly 40% amid the ongoing Russia-Ukraine war, according to a PTI report. However, the retail price of diesel remains unchanged.

FMCG makers to go for around 10% price hike to mitigate inflationary pressures:News

Consumers may have to pay more for their daily essential items with FMCG companies mulling another round of price hike to offset the impact of an unprecedented level of inflation in commodity prices such as wheat, palm oil and packaging materials. Besides, the ongoing war between Russia and Ukraine has also added another blow to FMCG makers as they expect a rise in the prices of wheat, edible oil and crude.

Sri Krishna Milks was incorporated in March 1989, and was the first private sector dairy company in Karnataka state, according to a stock exchange announcement:Business news

The objective of the acquisition was to expand the company’s business, said Dodla Dairy while adding that the buy would not fall within related party transactions.

In a communique to the bourses, Dodla Dairy said it has executed a business transfer agreement with Sri Krishna Milks for the acquisition of the business as a going concern on a slump purchase basis. The consideration would be in the form of cash.

Over 28% Rise In Maize Exports in April-January FY22:News

Maize exports increased by over 28.5 per cent to $816.31 million during April-January this fiscal, against $634.85 million in the same period last financial year, the commerce ministry said on Sunday.
It added that neighbouring countries like Bangladesh and Nepal are the major importers of maize from India news

Bangladesh has imported maize worth $345.5 million in the first ten months of the current fiscal year, while Nepal’s import stood at $132.16 million. 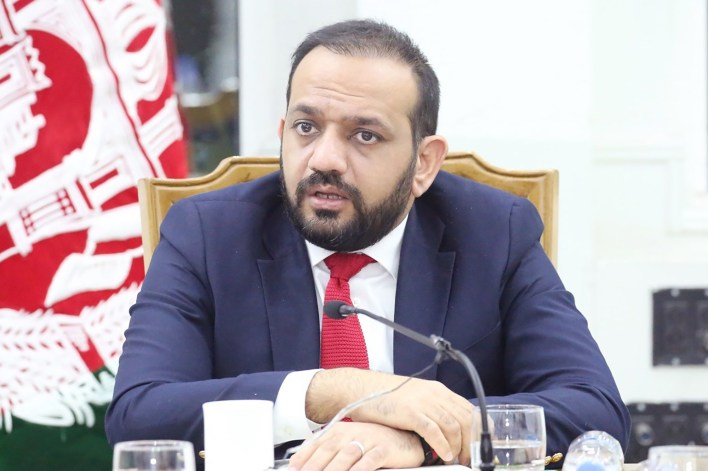 In an interview with the Washington Post, the last finance minister of the Ashraf Ghani government said he is grateful for the gigs that he has found as it helps him to provide for his family of wife and four children.
Recalling the last few days of his ministership, Payenda told Washington Post he had resigned as the finance minister when Ashraf Ghani pulled him up at a public meeting for his ministry’s failure to make a payment to a Lebanese company.

Seeing Ghani’s rage, Payenda feared that he might have arrested him on false charges. As he narrates how he landed in the US from then strife-torn Kabul, he said he quickly left the country and arrived in the US. His family members had left for the US a week before

Loans disbursed under the Prime Minister SVANidhi microcredit scheme for nano entrepreneurs such as street vendors has crossed the 30-lakh mark, government data showed. Launched in June 2020 to offer collateral-free working capital loans up to Rs 10,000 for one-year tenure, the scheme had received over 45 lakh applications as of March 20, 2022, of which 33.38 lakh involving Rs 3,492 crore were sanctioned and 30.28 lakh applications amounting to Rs 3,137 crore were disbursed, according to the latest data from the scheme’s portal. The credit was disbursed via 1.54 lakh branches of various scheduled commercial banks, regional rural banks, small finance banks, cooperative banks, non-banking financial companies, micro-finance institutions and Self-Help Group (SHG) banks. 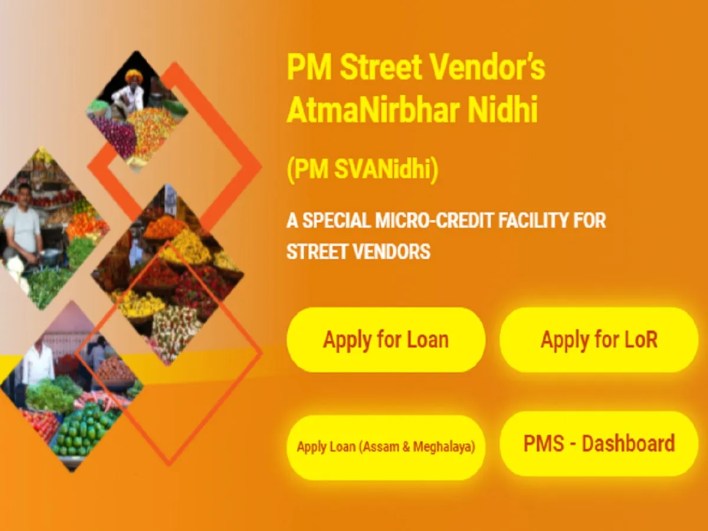 PM SVANidhi scheme targets to benefit more than 50 lakh street vendors who have been vending on or before March 24, 2020, in urban areas. On timely repayment of the first loan of up to Rs 10,000, the scheme has a provision of providing credit up to Rs 20,000 in the second tranche and up to Rs 50,000 in the third tranche. The scheme provides an interest subsidy of 7 per cent. The amount under interest subsidy is credited into the borrower’s account quarterly, as per the scheme’s guidelines. The total interest subsidy paid so far to borrowers was Rs 45.21 crore,News

The Kashmir Files Box Office Report: ‘The Kashmir Files’ by director Vivek Agnihotri hit the screens on March 11, and has now completed 9 days at the box office. Sunday marks the 10th day of the film’s screening.

The film, which depicts the genocide and the mass exodus of Kashmiri Pandits from the valley in 1990, has received mostly favourable critical reviews. However, it is surrounded in controversy due to the debate that generally surrounds this issue as a whole. At the box office, though, the film has performed extremely well. On Saturday, film critic and analyst Taran Adarsh said that The Kashmir Files had created history by earning Rs 19.15 crore on Friday, that is Day 8 of its release. The film, which had been released on about 630 screens on March 11, was being screened at 4,000 screens by the time Day 8 rolled around. While the film collected Rs 3.55 crore on the day of its release, by Day 7 on Thursday, it had managed to collect Rs 97.30 crore. Taran Adarsh had said that it was a new benchmark as no mid-range Hindi film had ever witnessed a trend similar to that set by The Kashmir Files. On Friday, the film’s upward trajectory continued as it earned over Rs 19 crore:News

Expressed in US dollar terms, the foreign currency assets include the effect of appreciation or depreciation of non-dollar currencies like Euro, UK’s Pound Sterling and Japanese Yen held in the foreign exchange reserves.

This sharp decline in the country’s foreign currency assets coincides with the week during which the rupee hit an all-time low.

The Indian rupee plunged to a record low of 77.02 against a US dollar on March 7.

According to the market analysts, the RBI intervened in the currency markets by selling dollars. The central bank is estimated to have sold $1 billion a day during the week to prevent further weakness in the Indian currency.