Blockchain Gaming And Play-To-Earn In A Golden Season. Why? By DailyCoin – Investing.com 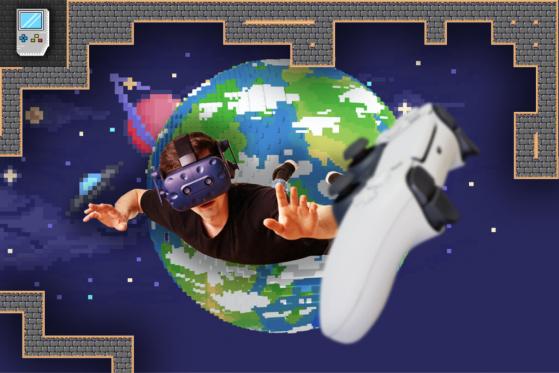 Blockchain Gaming and Play-to-Earn in a Golden Season. Why?

Without laboring the point, blockchain games did incredibly well this year. In the beginning, nobody believed that such projects as , Decentraland, The Sandbox, Gala, and Enjin would gain a foothold in the top 100 cryptos.

On the other hand, it could have been predicted if you consider the evolution of the following factors:

Despite the NFT boom in the beginning of the year, a lot of people wondered about their real purpose. At the first glance, they seemed more like fancy and extremely expensive JPEGs which you can set as a profile pic in social media rather than something revolutionary. However, the initial NFT boom introduced NFTs as a phenomenon, showing their value in relation to the environment.

Let’s consider NFT through the prism of their initial purpose: collection. Imagine you have a cool-looking figurine of a favorite character on your shelf. Its value consists not only of the price that you paid for the good itself but its constant ability to be eye candy. Moreover, you can touch it, use it in board games, move it from place to place; in a word, interact. NFTs are the same type of collectibles, but their environment is a digital one.

Although value itself is relative, it always has reasons. In terms of NFTs, their value shouldn’t be the factor of just being non-fungible tokens. Blockchain is just a technology that gives you the possibility to save value, it shouldn’t hold value itself.

Considering everything said above, NFTs are valuable only within the environment. For example, an NFT from the Enjin ecosystem is valuable in games supporting Enjin because it can be used for in-game purposes. Hence, the value is derived from the environment, not vice versa.

On the other hand, the environment takes the responsibility of providing value as well. In the traditional gaming industry, gameplay, visuals, and storyline are the main focus of a player’s enjoyment. In the blockchain gaming industry, the focus shifted to using an in-game economy for earning tokens, which later can be exchanged in real money.

Axie Infinity provided a sufficiently working economy to become the pioneer and start the pendulum. Of course, the gameplay wasn’t ideal at that time but the uniqueness of the game’s economy let some people in the Philippines survive the pandemic crisis. Thus, the play-to-earn concept proved its reliability in hard field conditions.

After Mark Zuckerberg’s announcement, projects such as Decentraland and The Sandbox received a second boost. Of course, Facebook’s Meta doesn’t have anything in common with NFTs (yet), but the name and the concept served their purpose.

In terms of metaverses, non-fungible tokens are usually multifunctional, which does bring more value for them too. Moreover, the chances of coming up to the common standard are higher in metaverses. For example, Battle Racers can be played on PC, on iOS/Android smartphones as well as inside Decentraland. In this case, even if the game is down, it will still exist within the Decentraland metaverse.

Why You Should Care

With all said above in mind, I assume that crypto games are in their golden season. They are gaining more and more value because of a chain of great coincidences in the crypto world as well as due to the natural evolution of blockchain technology. On the other hand, when everybody gets used to play-to-earn features, the focus will shift back to the highest quality of gameplay and visuals. The bar of quality will rise exponentially in the near future. Hence, only the best of the best will survive.

Join to get the flipside of crypto

Upgrade your inbox and get our DailyCoin editors’ picks 1x a week delivered straight to your inbox.

Ahmed is a co-founder of Biconomy, a developer platform that empowers blockchain developers to enable a simplified transaction and onboarding experience for their Web 3.0…

Binance to finalize acquisition of Swipe, paving for CEO exit By Cointelegraph – Dec 31, 2021

Disclaimer: Fusion Media would like to remind you that the data contained in this website is not necessarily real-time nor accurate. All CFDs (stocks, indexes, futures) and Forex prices are not provided by exchanges but rather by market makers, and so prices may not be accurate and may differ from the actual market price, meaning prices are indicative and not appropriate for trading purposes. Therefore Fusion Media doesn`t bear any responsibility for any trading losses you might incur as a result of using this data.

Fusion Media or anyone involved with Fusion Media will not accept any liability for loss or damage as a result of reliance on the information including data, quotes, charts and buy/sell signals contained within this website. Please be fully informed regarding the risks and costs associated with trading the financial markets, it is one of the riskiest investment forms possible.